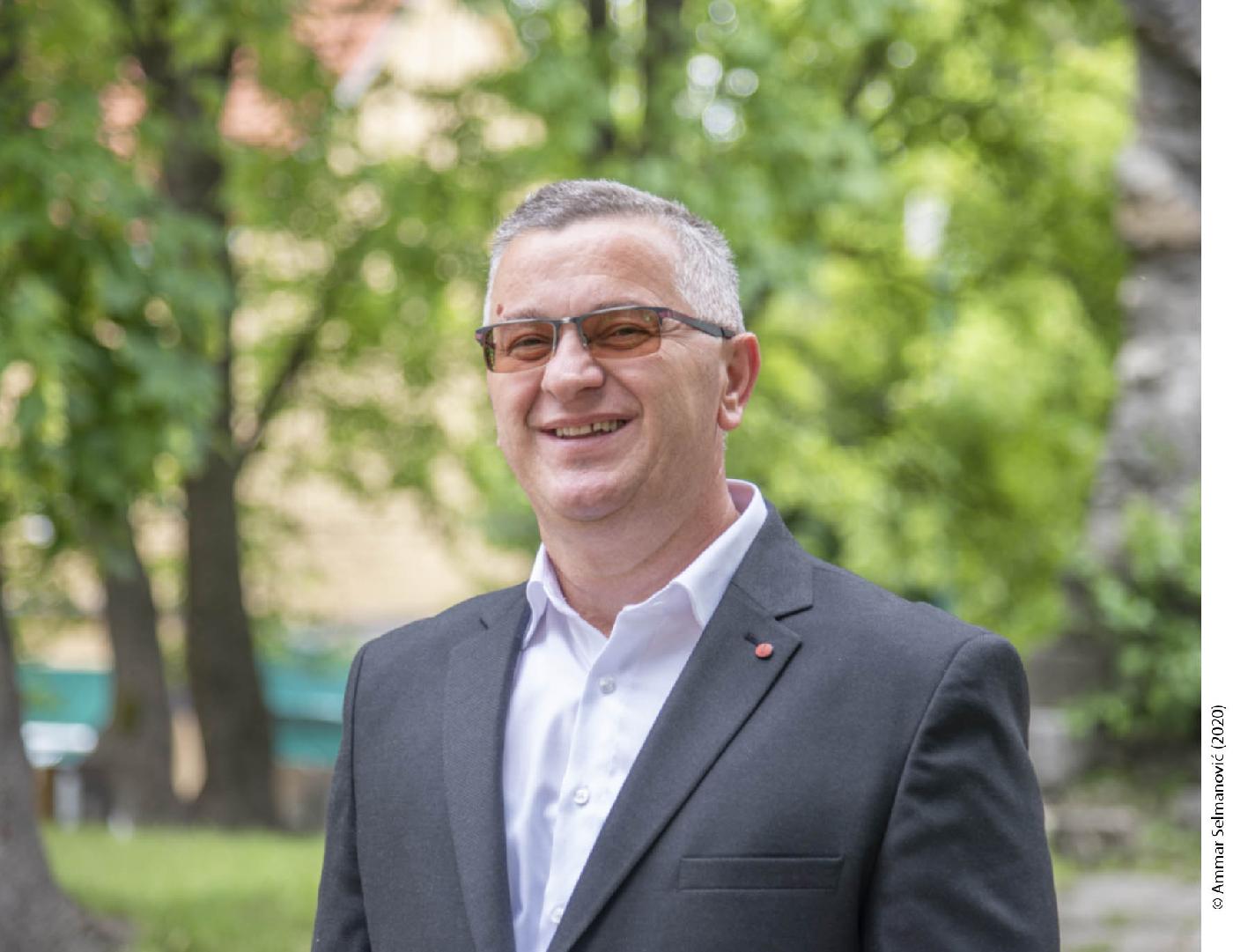 Professor Fadil Islamović was born in 1966 in Bihać where he finished his primary and secondary school education. In 1990, he graduated from the Faculty of Mechanical Engineering, University of Banja Luka (Department of Production Engineering) as one of the best students in the generation, and thus he received a Silver Badge of the University. From 1995 to 1998 he was a Managing director of Energopetrol – Bihać Office. Between 1998 and 2000 he held a position of Minister of transport and communications in the Government of Una-Sana Canton, from 2000 to 2002 he was a director of the Fund for communal services and infrastructure of Bihać, and from 2002 to 2004 he held a position of Una-Sana Canton Prime minister.

In 2015, he was awarded the title of Full Professor at the Faculty of Technical Sciences, University of Bihać in the field of General Mechanical Engineering – Constructions. From 2010 to 2013 he held a position of Vice-Rector for Teaching and Student Affairs, and from 2016 to 2019 he was the Rector of the University of Bihać.

For notable work in scientific, educational, and professional field, and for increasing the reputation of universities in Bosnia and Herzegovina and around the world, he was awarded the Plaque of Rectors’ Conference of Bosnia and Herzegovina in 2019. His second mandate as the Rector of University of Bihać started on 17th March 2020.